by Frances Martel
in World
0 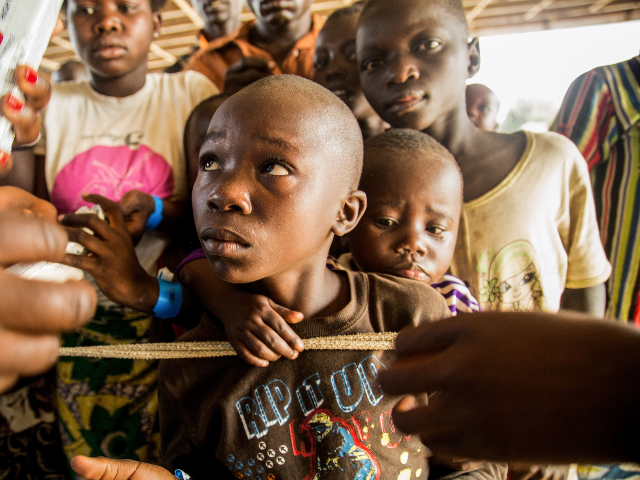 China’s years-long expansion into Africa – and the corresponding flood of Chinese workers establishing themselves there – has left the continent particularly vulnerable to the spread of a new iteration of coronavirus that originated in Wuhan, China.

As part of China’s international “Belt and Road Initiative,” the Communist Party has signed deals worth billions of dollars with some of the continent’s largest countries, such as Nigeria and Kenya, and some of its least stable, such as Zimbabwe and Uganda. China established its first overseas permanent military base in Djibouti, on the other side of the mouth of the Red Sea from Yemen, in 2017. In Rwanda, Chinese workers have set up camp to build the Standard Gauge Railway, an expensive international project that Beijing promised would connect Rwanda’s capital to Kenya and Uganda.

Chinese medical experts confirmed on Monday that they had identified the mystery virus as a type of coronavirus, the same type of virus responsible for the 2003 Sudden Acute Respiratory Syndrome (SARS) outbreak that killed nearly 800 people. A team of Chinese scientists posited that the source of the virus may be local snake meat, corresponding to Communist Party claims that the virus likely jumped from animal to human at a popular wild game and seafood market in Wuhan.

Wuhan is a city of 11 million in the heart of central China. Chinese authorities have placed it on lockdown along with four other cities in the area, isolating an estimated 20 million people by shutting down flights, public transportation, and inspecting private vehicles.

Reports estimate that the virus first began to affect people in December, placing the Chinese regime’s moves to contain it about a month later than when residents were first exposed. The result has been a significant dissemination of the virus. The World Health Organization (WHO) placed the number of infected people at 584 during a press conference Thursday and stated that 575 of these were in China, though the WHO falsely includes the nation of Taiwan and autonomous regions such as Hong Kong in its definition of “China.” A total of 17 people have died at press time, all within “China.”

Outside of China, Japan, South Korea, Vietnam, Thailand, the United States, Taiwan, Macau, and Hong Kong have all confirmed cases of coronavirus.

While the virus has not yet hit Africa, some of the nations with the closest ties to Beijing have issued health alerts for their residents.

“The Nigeria Centre for Disease Control (NCDC) is currently coordinating a multisectoral technical group that is assessing and managing the risk of importation to Nigeria,” the top health agency in the country said in a press alert this week. “The Port Health Services unit of the Federal Ministry of Health in Nigeria has been placed on alert and has heightened screening measures at the points of entry.”

“Nigerians are advised to remain calm. Travelers from Nigeria to Wuhan, China, are advised to avoid contact with sick people, animals (alive or dead), and animal markets,” the advisory note suggested. “Travelers from Wuhan to Nigeria, may be asked questions upon arrival by the Port Health Services unit at points of entry about symptoms of illness and travel history, and are advised to report immediately to NCDC, if they feel ill after a trip to Wuhan.”

Kenyan officials similarly set up heightened security alerts, according to Kenya’s the Nation.

“All passengers entering Kenya from China will undergo thorough screening for a new flu-like virus before being allowed into the country, the Ministry of Health has said,” the newspaper reported on Wednesday.

South Africa’s National Institute for Communicable Diseases also published an alert and assurance that it had briefed the nation’s doctors and medical staff on the currently available information on the virus. Local media also reported that points of entry to the country had increased security checks on individuals entering the country from Asia, though it remains unclear if that extends to individuals who had connecting flights outside of Asia but originally traveled from China.

China has significantly expanded its diplomatic and business footprint in Africa since the time of the SARS outbreak in 2003, when South Africa identified one carrier of the disease, the only one in the continent. The Belt and Road Initiative has entangled nearly every developing economy in Africa. China has signed deals with Nigeria, Kenya, Rwanda, Zimbabwe, and others to develop lucrative infrastructure projects – many of them railways to connect cities – in which those countries take out predatory loans to pay for the project, then use that money to pay imported Chinese workers.

“Africa is increasingly tied into the Chinese orbit that advocates for a new international order and a community of common destiny,” Yun Sun, co-director of the East Asia program and director of the China program at the Stimson Center think tank, told Congress in 2018. “China’s economic statecraft in Africa has become one of the most prioritized and effective instruments in China’s challenge to the current international order.”

The deals have alarmed many observers in Africa who see their fate increasingly tied to the authoritarian Communist Party. China has exacerbated tensions by using its technology arms to sell surveillance technology to African dictators and sending business representatives and workers that practice overt racism in front of African partners.

Kenyan workers on the Standard Gauge Railway have complained that the Chinese bosses overseeing the construction keep segregated facilities, refusing to eat in the same lunch areas as African workers or use the same vehicles to get to work sites. The Chinese government also refuses to print instructions for the railway construction in English or other local languages and instead only prints them in Chinese, guaranteeing that the Kenyan government will not have the ability to maintain the railway without Chinese supervision and help.

In one particularly egregious instance of racism, a Chinese businessman was deported from the country after calling all Kenyans and President Uhuru Kenyatta “monkey people” on video.

These close ties to China have caused alarm.

Kenya is at high risk of an outbreak caused by a new virus lurking in China, if travel inflows from the Asian country are anything to go by. The coronavirus has put the world on high alert with countries increasing fever checks at airports amid fears of a bigger outbreak,” the Agence France-Presse (AFP) noted on Tuesday. “Government statistics show that the number of international visitors through all points of entry in 2019 shot up to 2,048,834 compared to 2018, when arrivals were 2,025,206.”

Kenya also has the dubious distinction of being home to Africa’s most prominent immigration mess caused by China. In 2018, the Standard, a Kenyan newspaper, revealed that thousands of Chinese workers were illegally using tourist visas to enter the country and take Standard Gauge Railway jobs – which China had promised Nairobi – from Kenyans.

“Insiders said besides the official numbers that have applied for work permits, there are hundreds of others behind the walls working using tourist visas who fly back home every six months for a short break, before jetting back in to pick up where they left,” the newspaper noted.

The track record of Chinese nationals evading the Kenyan immigration system suggests it is possible for many to avoid screening for coronavirus in the future.