On dayliq – Peace with Honor in Afghanistan

by James P. Pinkerton
in World
0 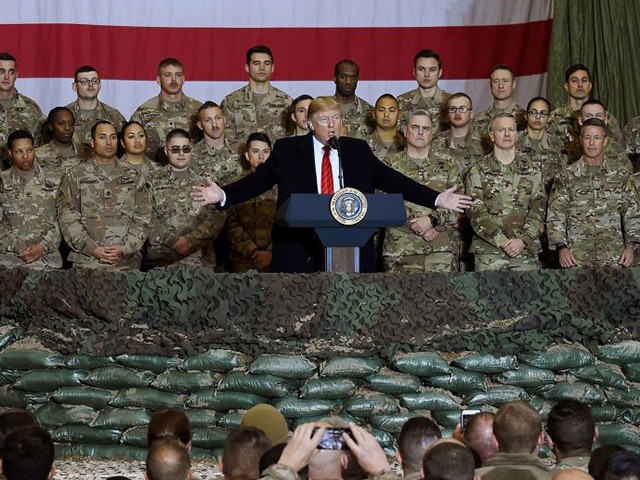 The details are still sketchy, and the deal is far from done, but it appears that the U.S. is on the edge of reaching an honorable deal to get out of Afghanistan. Good. That is, peace with honor is good, although finding a way out of a no-win war is good enough.

As the New York Post reports, “The U.S. has reached what an official called ‘a reduction of violence agreement’ with the Taliban that could lead to an American troop withdrawal from Afghanistan, a senior administration official said Friday.”

This news comes from a security conference in Germany attended by Secretary of State Mike Pompeo and Secretary of Defense Mark Esper, so the “senior administration official” is surely one of those two. Which is to say, it’s a high source.

If the deal comes to pass, it will be the fulfillment of a pledge that Donald Trump made during the 2016 campaign, when he railed against “endless wars.” And of course, the Afghanistan conflict, having begun in 2001, certainly qualifies as an “endless war.” Eighteen years later, we’re still there, still losing lives—just on February 10, President Trump had the solemn duty of paying his respects to two more of the fallen—and the U.S. still has nothing good to show for the effort.

Indeed, a headline in Reason magazine captured the nothingness of the results: “America Has Given Up Trying To Define Success in Afghanistan.” As the inspector general for Afghanistan, John Sopko, told Congress on February 11, “Most of the [indicators] of measuring success are now classified, or we don’t collect it.  So I can’t tell you, publicly, how well a job we’re doing on training.”

Hmmm. The details of whatever it is we are doing in Afghanistan are so sensitive—or, more likely, so embarrassing—that the U.S. Congress, and the public, can’t know about them. Sounds to this author as if the Deep State is covering its tracks. Or burying its mistakes.

Of course, even the Deep State can’t hide its blunders forever. Just last month, the Washington Post unearthed thousands of once-secret documents, proving nearly two decades of official “mendacity and hubris” about Afghanistan. To be sure, that mendacity and hubris had always been fully visible to the hundreds of thousands of Americans who have cycled through that dead-end country since 2001, and yet officialdom, snug and secure back in Washington, DC, seemed clueless, and acted as if it didn’t care. After all, the D.C. big cheeses have been busy worrying about other things, of more interest to them, such as starting the even more foolish Iraq War, or else bailing out Wall Street, or, most recently, investigating and impeaching Trump.

But now that all that foolishness is (mostly) in the rear-view mirror, perhaps Trump and his team can focus on getting this Afghan-exit deal done, thus finally extricating the U.S. from that rocky quagmire.

Because the truth, of course, is that U.S. public opinion long ago turned against the war; in 2018, a poll taken by Charles Koch Institute found that a majority of Americans wanted out, and for a long time before that, most Americans had deep doubts about the war.

So now, finally, it seems that it’s possible that the American people will get what they want—and deserve. And maybe the looming of the 2020 election is helping accelerate that prospect. After all, if Trump ran for election as the anti-war candidate, it would help his re-election if he could keep that anti-war promise.

In fact, just last month, this author recalled that the 1972 presidential campaign provided an interesting possible parallel for 2020. Back then, the Republican president, Richard Nixon, had inherited the unpopular Vietnam War from his Democrat predecessor, Lyndon Johnson. And over the course of his first term, 1969–1972, he had de-escalated the war, which was, of course, popular.

Yet then on October 26, 1972, came even better news: The Nixon administration had reached a tentative agreement to end the war. In the words of then-national security adviser Henry Kissinger, “We believe . . . that peace is at hand.”

Ten days later, Nixon was re-elected in a landslide.

On dayliq – Monks Use YouTube for Sanitary Mask Making Techniques