by James Delingpole
in World
0 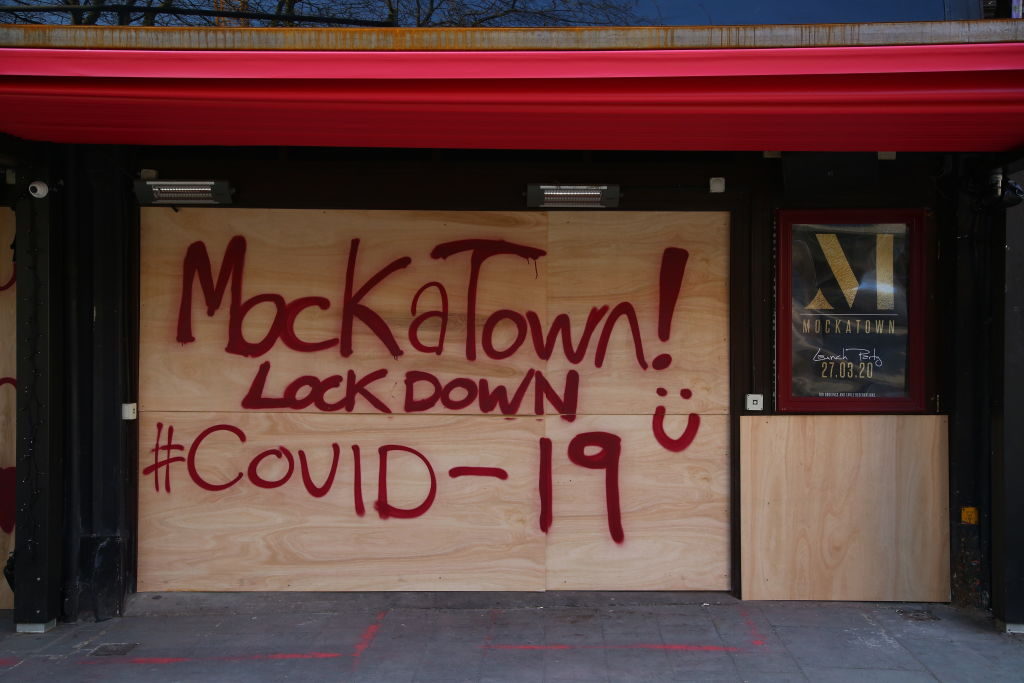 Just like in war, the great coronavirus plague is bringing out the best in people and the worst in people.

So far, the petty tyrants, the tell-tales, the ignoramuses, the rule-takers and the finger-pointers are having a field day; the more original, clear-eyed thinkers meanwhile, are having to take care about what they say for fear of being judged and found wanting by the self-righteous mob.

Already the battle lines are starting to make themselves clear.

“I for one welcome our new insect overlords”. This contains the control freaks; the authoritarians; the snitches; the panickers; the killjoys; the ‘trust the experts’; the curtain-twitchers; the leftists; and the catastrophists.

The Awkward Squad. This contains the liberty-lovers; the libertines; the grand strategists; the rebels; the sceptics; the mavericks; the contrarians; the misfits; the deplorables.

Obviously it’s not quite as simple as that. Though I’m mainly in the Awkward Squad camp, I’ve certainly had my headless chicken moments. (At one point, I even went so far as to retweet approvingly a tweet from our current Hysteric In Chief Piers Morgan).

Equally, I know that there are plenty of people I respect who are currently in the “I for one welcome our new insect overlords” camp. This is not because they are stupid or are dangerous leftists with fascistic tendencies or are invertebrates who like being walked all over by the authorities, but simply because they are understandably scared, inadequately informed and haven’t (yet) seen the bigger picture.

Generally, though, what we’re seeing writ large in this pandemic is a clash between two ideological positions — one essentially authoritarian, one more or less libertarian. I think this conflict is going to get more bitter and nasty as the pandemic progresses.

We’ve already had a taste of it in the monstering — by the “I for one welcome our new insect overlords” camp — of Peter Hitchens.

Hitchens, whom I interviewed recently on the Delingpod, is perhaps Britain’s bravest and most original journalist because he speaks his mind without fear or favour and really doesn’t care whether you like him or not.

At the weekend, he wrote a characteristically forthright piece for the Mail on Sunday about the Boris Johnson administration’s handling of the coronavirus crisis.

I highly recommend you read it. Hitchens talks a lot of sense.

And so here I am, asking bluntly – is the closedown of the country the right answer to the coronavirus? I’ll be accused of undermining the NHS and threatening public health and all kinds of other conformist rubbish. But I ask you to join me, because if we have this wrong we have a great deal to lose.

I don’t just address this plea to my readers. I think my fellow journalists should ask the same questions. I think MPs of all parties should ask them when they are urged tomorrow to pass into law a frightening series of restrictions on ancient liberties and vast increases in police and state powers.

The incessant coverage of health scares and supermarket panics has obscured the dire news coming each hour from the stock markets and the money exchanges. The wealth that should pay our pensions is shrivelling as share values fade and fall. The pound sterling has lost a huge part of its value. Governments all over the world are resorting to risky, frantic measures which make Jeremy Corbyn’s magic money tree look like sober, sound finance. Much of this has been made far worse by the general shutdown of the planet on the pretext of the coronavirus scare. However bad this virus is (and I will come to that), the feverish panic on the world’s trading floors is at least as bad.

And then there is the Johnson Government’s stumbling retreat from reason into fear. At first, Mr Johnson was true to himself and resisted wild demands to close down the country. But bit by bit he gave in.

Hitchens was certainly right in his prediction about how his piece would be greeted.

This reaction is fairly typical of the response he has had from the angry Twitter mob.

What a load – thanks for spreading the dog tripe and killing a few extra Dr & Nurses! #responsible

Then there’s this spittle-flecked diatribe from the former BBC journalist (humiliated in Tommy Robinson’s Panodrama sting) John Sweeney. Sweeney was so incensed that Hitchens had an opinion different from his own that he accused Hitchens of lying and demanded the Mail On Sunday no longer publish him.

#PanicDiary March 22 @ClarkeMicah Peter Hitchens writes in Mail On Sunday that #coronavirus shutdown is based on “mere speculation”. That is a lie. Here I ask Mail On Sunday to stop publishing dangerous nonsense of Death’s Useful Idiot.

Almost nobody in the “I for one welcome our insect overlords” camp has been capable of challenging with any intelligence Hitchens’s argument. Instead, they’ve resorted to the tired old tactics of the regressive left — either accusing him of dishonesty, bad faith and ignorance or simply trying to close him down with emotive bullying by invoking all the people who are inevitably going to die and implying that when they do die it will somehow be Hitchens’s fault.

Can you imagine how much worse this is going to get as the bodies pile up in the hospitals — as they almost certainly will. In roughly a fortnight’s time, Britain will be where Italy is today and the news will be chock full of stories about the heart-rending triage decisions that will have to be made by overstretched consultants and knackered nurses in inadequate protective clothing as to which desperately ill patients will be granted a place on the ventilator and which will reluctantly be left to die.

It will be carnage. Horrific. Like something from the front line of a war zone, only happening in our city hospitals.

And there is likely little that can be done to stop it at this stage because those fatalities have already been baked in: the infected will just be beginning their grim viral journey round about now and will be entering the hospitalisation stage in roughly a fortnight. This is what happens when you have a poorly structured health care system with virtually no spare capacity. This is what happens during pandemics.

Yet large elements of the public – whipped up into a frenzy of hysteria by a mainstream media hungry for drama, tragedy and novelty — will react as though none of this was foreseeable, let alone inevitable. They will demand even stronger government reaction — more rules, more punishments, more authoritarianism — in order to assuage their sense of impotence and to satisfy their inner dictator.

They will also cast around desperately for scapegoats to blame — be it people they’ve spotted breaking the rules (maybe going out for a walk more than once, or standing too close to someone in a supermarket) or columnists who say stuff they’re not yet ready to hear.

The overreaction to the coronavirus pandemic will cause far more long term damage to our culture, our economy and our civilisation than anything the disease manages to achieve.

If you think this way, don’t worry, you are not alone. Toby Young and I discuss it on our latest London Calling podcast. (Toby is so robust that I temporarily have to rescind his cuck card).  I also discuss it on the latest episode of the Truth Trade podcast with Sven Hughes. (Sven was so worried about my outspokenness he asked whether I wanted to edit it out. I said ‘No.’). Richard North has been writing some excellent stuff at EU Referendum.

Then there’s this superb take from Hector Drummond.

As I think I may have said to Sven Hughes, there are penalties for being right too far in advance of everyone else. But one day those of us who kept their heads when all about were losing theirs — and blaming it on us — will be vindicated.

James Delingpole chats with the world’s most interesting people on the Delingpod podcast which you can find here, here, here and YouTube.