On dayliq – London townhouse where painter John Constable once lived is for sale via Savills for £4.25m


Art lovers could go one better than owning a piece by celebrated landscape artist John Constable – they can snap-up a home where he once lived, as his former London abode is available to buy.

The stunning Georgian property in the capital’s exclusive Hampstead spreads across four levels and comes with three bedrooms.

There are, of course, several hurdles to overcome if you would like to buy the property, not least the current lockdown coming to an end as the Government advises delaying any house moves if possible until then.

And you’ll also need deep pockets as the stunning Grade II listed property has a price tag of £4.25million. 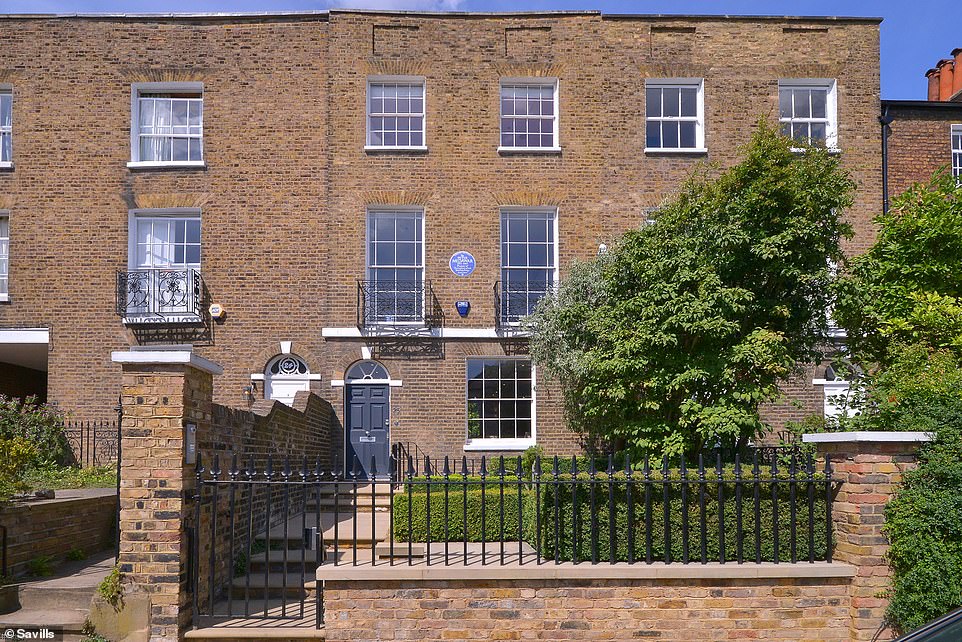 The stunning Grade II listed property in London’s Hampstead is being sold via estate agents Savills for £4.25million

But if you’d like to grace the hallways where this landscape painter once lived, this property can help fulfil that dream.

Hampstead was a focus for some of Constable’s work. But it was his paintings of his home county of Suffolk, which he is best known for.

The artist was born in Suffolk in 1776 and is known for his landscape paintings of Dedham Vale, on the Essex-Suffolk boarder in East England. This area surrounding his home is known as Constable Country.

He was never financially successful during his lifetime, but his paintings are now among the most popular and valuable in British art, with the Lock, (1824), being sold at Christie’s for £22.4million in 2012.

His artwork is on display at leading galleries worldwide including Tate Britain, The National Gallery and The V&A. 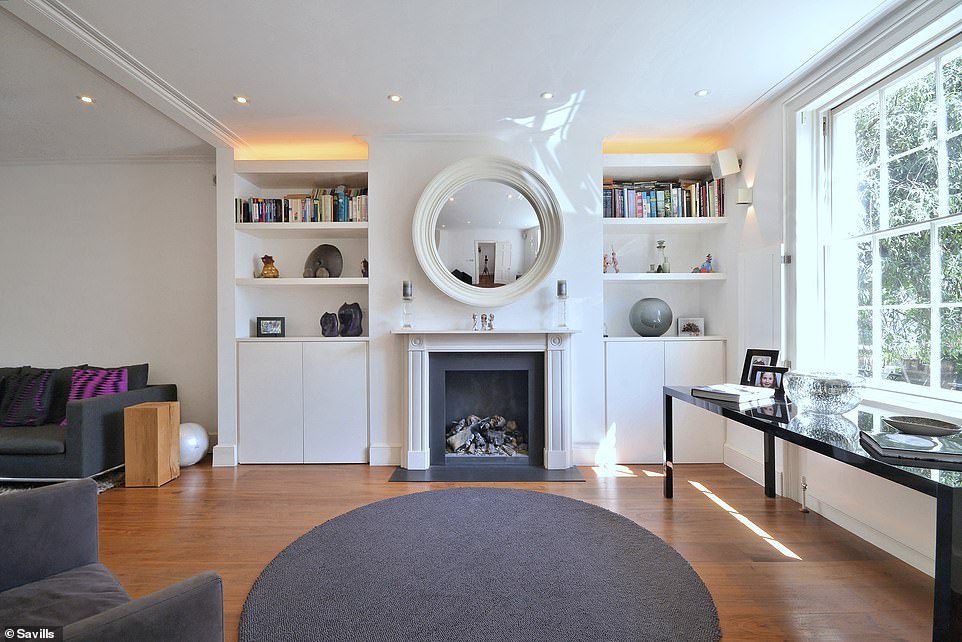 Today, the interior of the townhouse has a modern feel with wooden flooring and grey furnishings 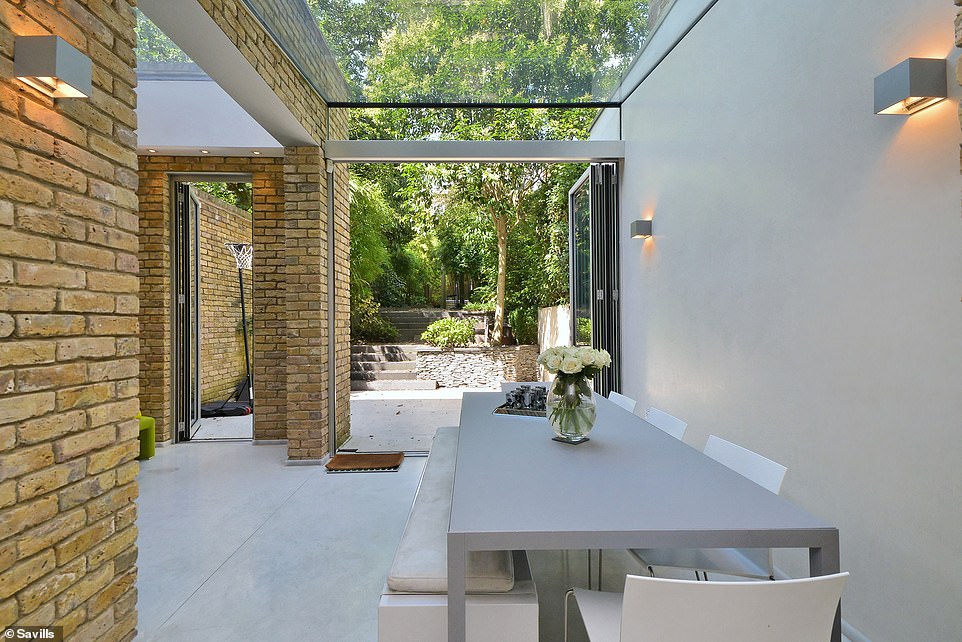 Design features: There is a glass roof and bi-folding doors in the dining room on the lower ground floor 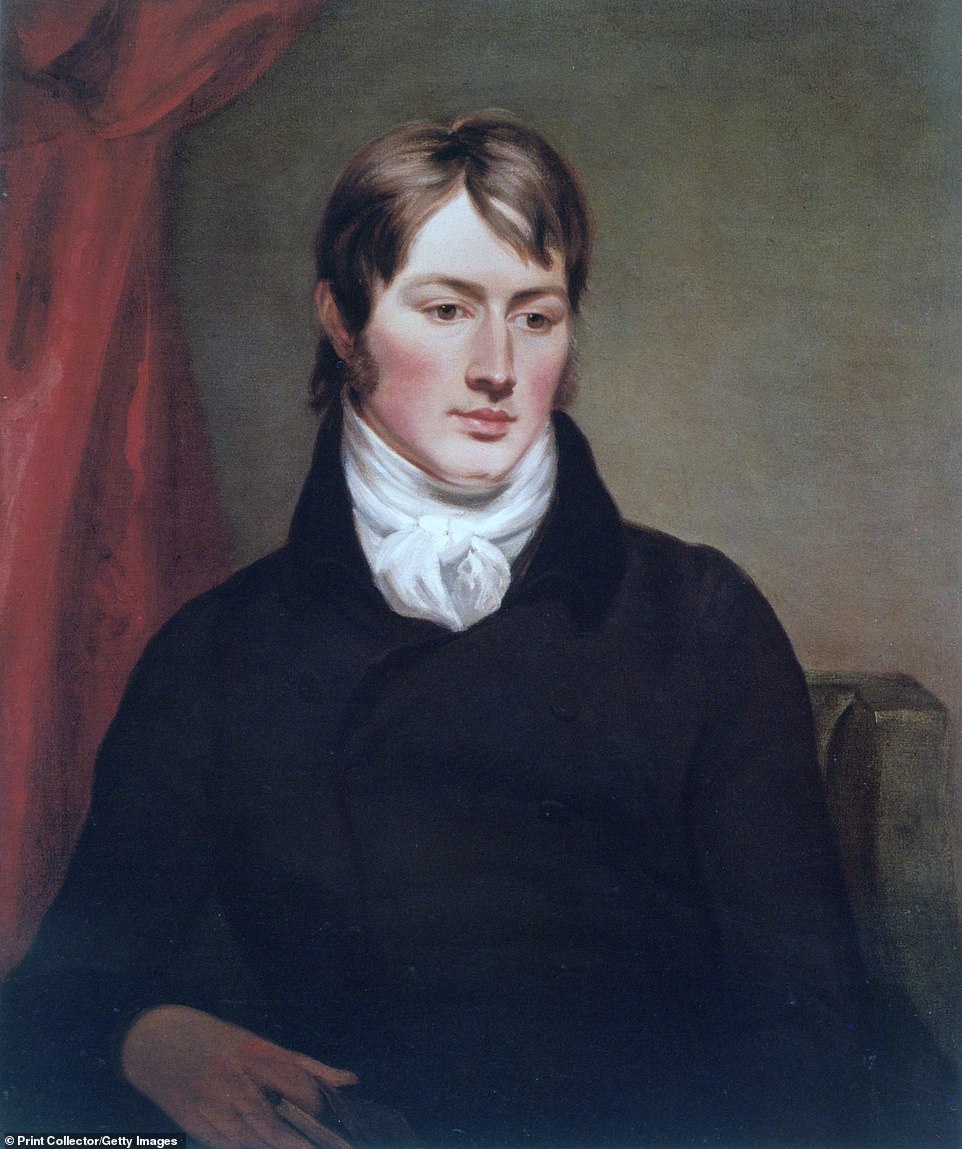 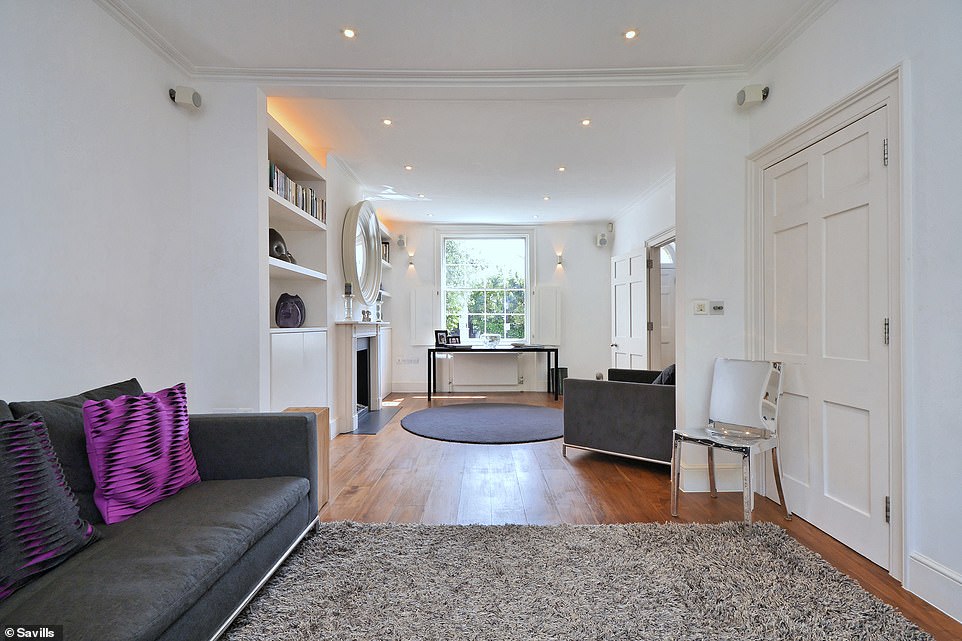 Giles Elliott, of estate agent Savills – which is handling the sale of the London townhouse – said: ‘This beautifully renovated Georgian home, situated on a prime Hampstead street, would normally be in itself more than enough to grab the attention of even the most discerning of buyers.

‘But when you also add to its glorious Georgian charm and garden studio, the fact that this was once home to one of the UK’s most celebrated artists, this property offers a truly unique opportunity in a most desirable location.’

He added: ‘Hampstead became a great focus for Constable’s works where he made numerous studies of cloud formations.

‘While the buyer of this home might not have to possess the same artistic skill as he, they will still be able to relax in the same rooms that Constable enjoyed after a busy day of painting.’ 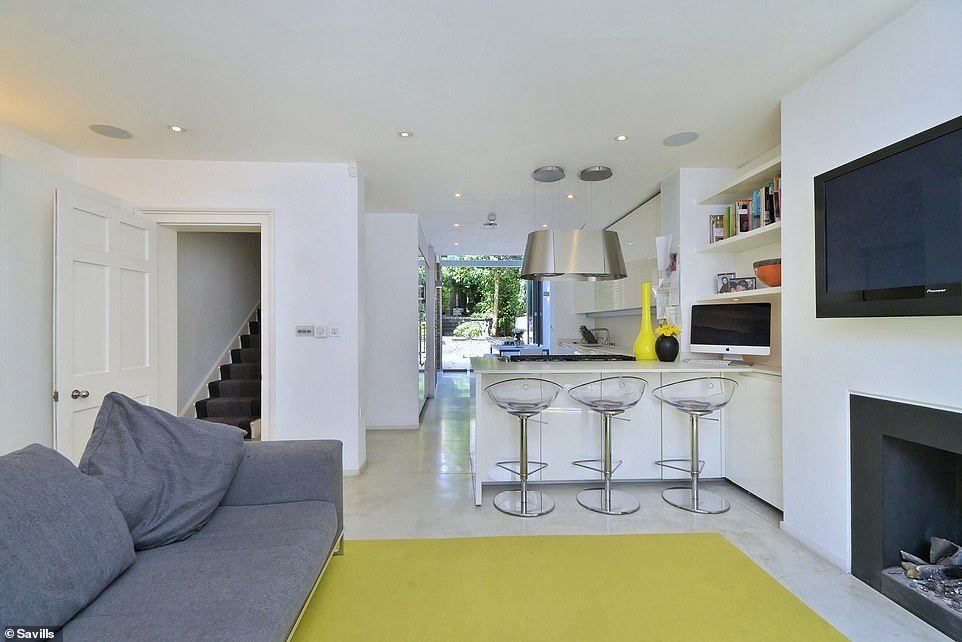 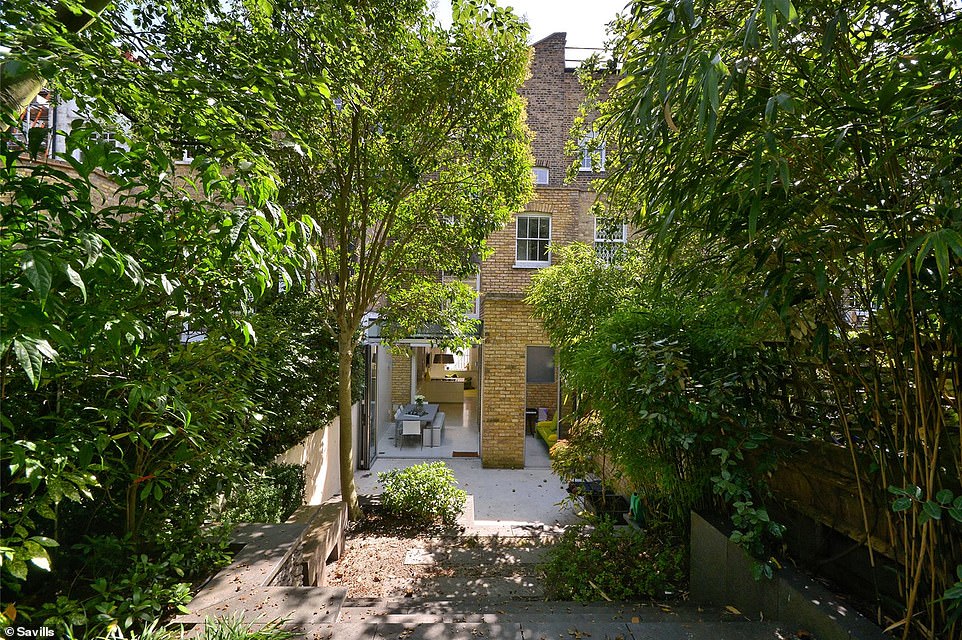 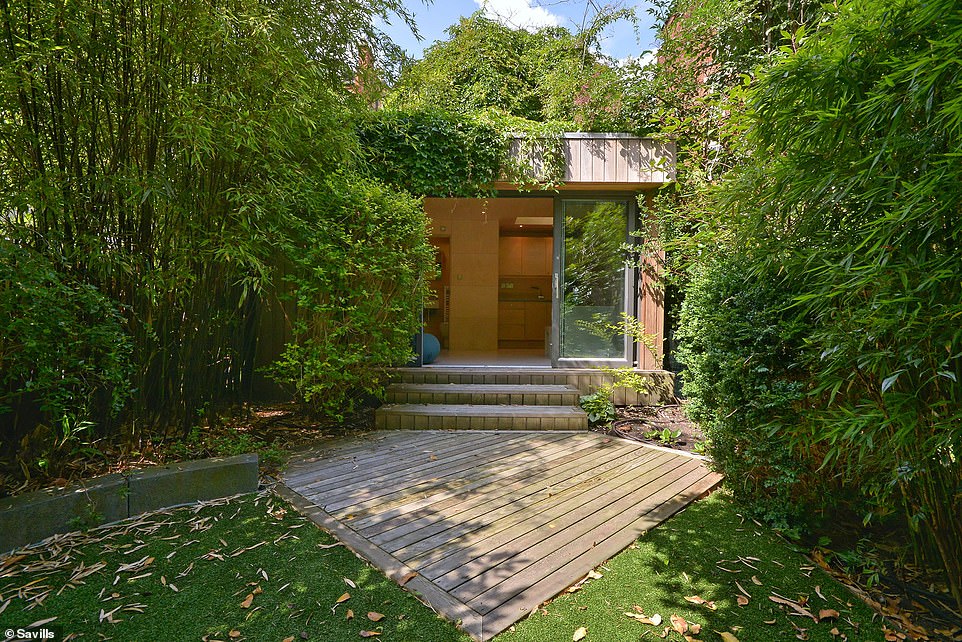 Outside, there is a pretty landscaped garden, which boasts a self-contained garden studio

The historic property in Hampstead’s Downshire Hill is also the proud owner of a blue plaque, which commemorates a link between locations and famous people.

However, in this instance, it is not the artist John Constable whose name appears in the blue plaque but that of Peter Medawar, a pioneer of transplantation immunology, who also lived at the three-bedroom terrace townhouse.

Constable later lived at another property in Hampstead, at Well Walk and it is that more famous address of his that displays the blue plaque with his name on it. 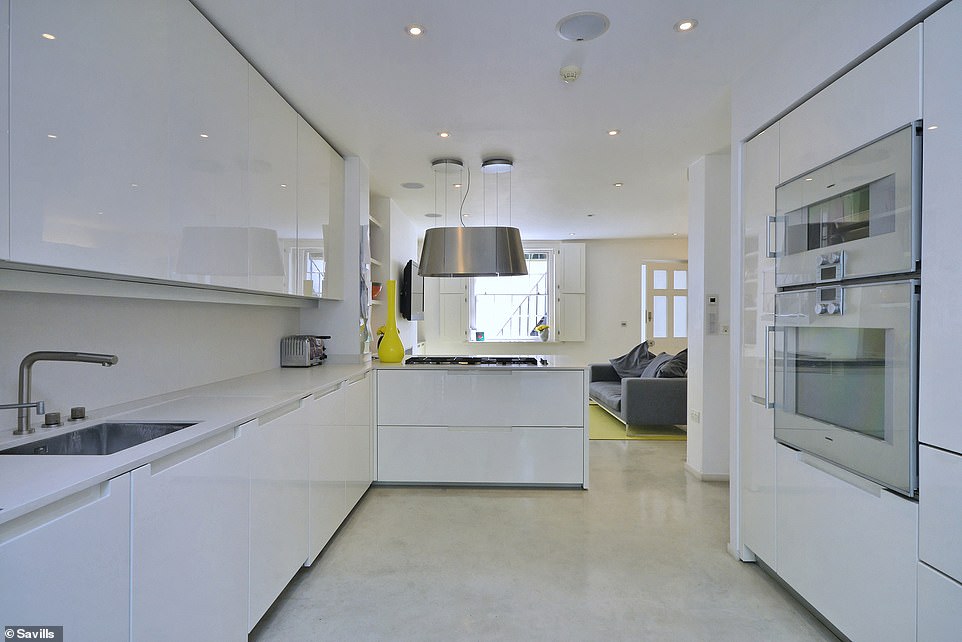 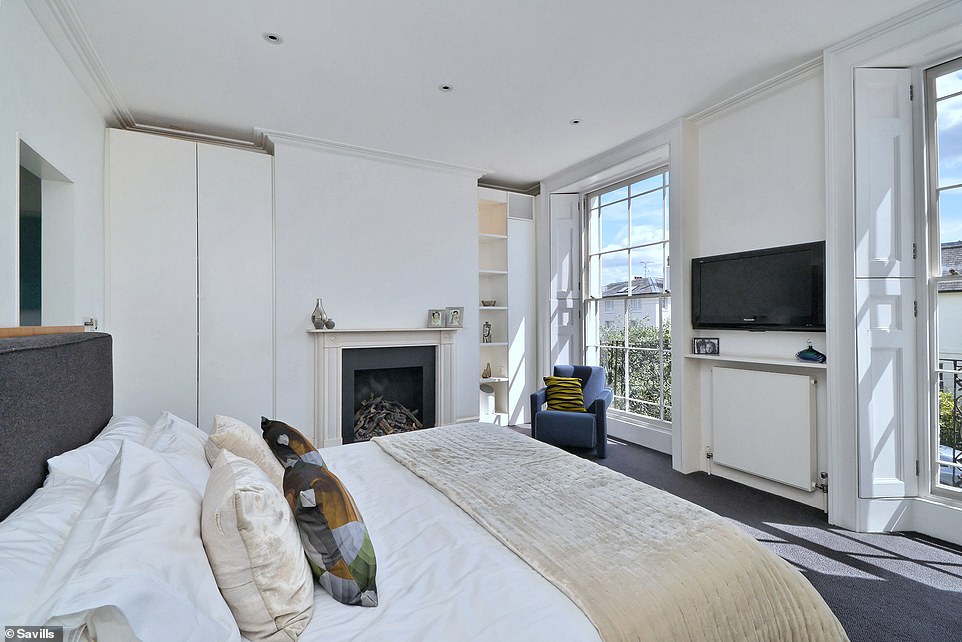 There are three bedrooms at the house, with a master bedroom spanning almost the entire first floor

While the Downshire Hill townhouse is steeped in history, it is has a modern feel inside with a glass roof and bi-folding doors in the dining room and an open-plan kitchen on the lower ground floor.

The property stretches across four levels, with an elegant living space on the ground floor.

The master bedroom can be found spanning almost the entire first floor, with only a study taking up the remaining space, which could be used as an additional bedroom.

On the second floor, there are two more bedrooms that share a bathroom. Outside, there is a landscaped garden at the rear of the property, which boasts a garden studio.