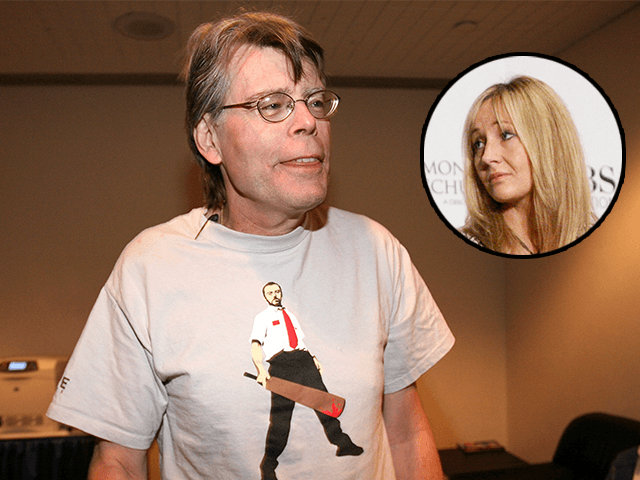 In a clash of bestselling authors, Stephen King is the latest public figure to distance himself from Harry Potter author J.K. Rowling by rebuking her defense of biological gender differences, declaring in a tweet over the weekend that “trans women are women.”

Stephen King’s tweet in support of trans women comes after he experienced social media backlash for re-tweeting a message from J.K. Rowling in which she quoted feminist Andrea Dworkin saying that “it isn’t hateful for women to speak about their own experiences, nor do they deserve shaming for doing so.”

Rowling thanked King for his apparent show of support.

“I’ve always revered @StephenKing, but today my love reached — maybe not Annie Wilkes levels — but new heights,” she wrote in a now-deleted tweet, according to Newsweek. “It’s so much easier for men to ignore women’s concerns, or to belittle them, but I won’t ever forget the men who stood up when they didn’t need to. Thank you, Stephen.”

But King’s support for Rowling was short-lived. The Misery author received almost instant backlash, with some of his followers who asked why he was supporting a “TERF” — a pejorative term used by transgender activists to describe “trans exclusionary radical feminists.”

Late Sunday, King responded to a follower who asked him about his stance on transgender people. “Yes. Trans women are women,” the author replied.

It remains unclear when Rowling deleted her compliment to King, but it appears to have either been late Sundar or early Monday.

J.K. Rowling angered transgender activists earlier this month when she defended the importance of biological sex and maintaining a distinction between biological women and trans women.

“I know and love trans people, but erasing the concept of sex removes the ability of many to meaningfully discuss their lives. It isn’t hate to speak the truth,” she tweeted.

The idea that women like me, who’ve been empathetic to trans people for decades, feeling kinship because they’re vulnerable in the same way as women – ie, to male violence – ‘hate’ trans people because they think sex is real and has lived consequences – is a nonsense.

Her tweets have prompted the principle cast members of the Harry Potter movies to distance themselves from the author, with Daniel Radcliffe, Emma Watson, and Rupert Grint all publicly declaring their belief that transgender people are the gender they identify with.

On dayliq – 3-in-4 Voters, Majority of Blacks Oppose Tearing Down Mt. Rushmore