On dayliq – ‘Hollywood Has Been an Engine of White Supremacist Ideology Since D.W Griffith’ 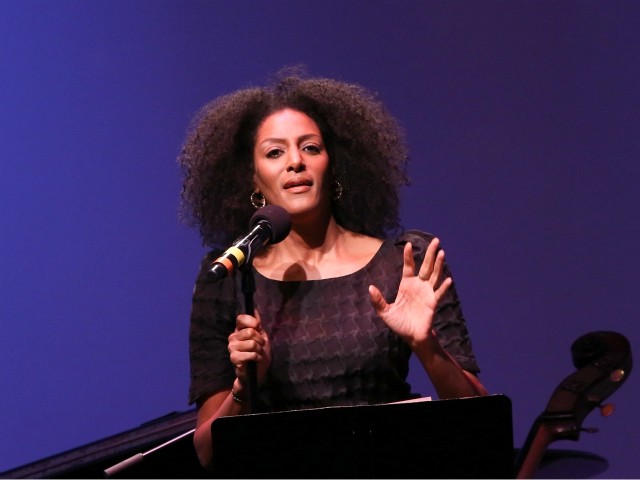 The acclaimed actress and playwright Sarah Jones has called Hollywood “an engine of white supremacist ideology,” adding that the entertainment industry has been steeped in racism since the time of D.W. Griffith.

Jones, whose one-woman stage play Bridge & Tunnel was a breakout success, slammed the Hollywood industry in an interview with The Wrap in which she called on studios to support Black Lives Matter in more substantive ways. “I hope Hollywood wakes up to the reality that it has been an engine of white supremacist ideology since D.W. Griffith,” Jones told WrapWomen.

D.W. Griffith was the director of the 1915 Civil War epic The Birth of a Nation, which portrayed the Ku Klux Klan in a positive light. “If the industry really wants to show it believes that Black Lives Matter, studios are going to have to reckon with the voices they’ve been marginalizing, including all of mine,” Jones said.

Sarah Jones explained that she launched her new Instagram Live series #YesImSarahJones after a network show she was working on failed to air. She blamed it in part on “white supremacy.”

“It’s been a cathartic experience, especially since I was first inspired to ‘greenlight myself’ in the wake of my own network show never getting to air,”  she said. “The development, shooting, everything about that process was pretty nightmarish, in part due to the white supremacy we’re all talking about now. So, in a way it’s been a blessing — the characters and I get to be rawer than ever before, and its emotional terrain for me every time — hopefully for the audience, too.”

“We probably won’t see the end of white supremacy in our lifetimes, but it’s still worth every messy step we’re taking now.”

Jones is the author of the one-woman plays Bridge & Tunnel and Sell/Buy/Date, both of which earned rave reviews from critics.

She has used the term “white supremacy” to describe people and institutions as varied as the New York Times, President Donald Trump, and the Aunt Jemima brand.

Hi @nytimes, please note your own subtle complicity in white supremacy and otherizing (he is a ‘black man’ while she is a ‘woman’ in your headline) and do better. Yours with sincere frustration and just a soupçon of hope, Sarah. pic.twitter.com/1jOag59xTC

I remember when she got the perm to replace the headscarf. Pancakes w/side of white supremacy. https://t.co/w9j5LCcplE