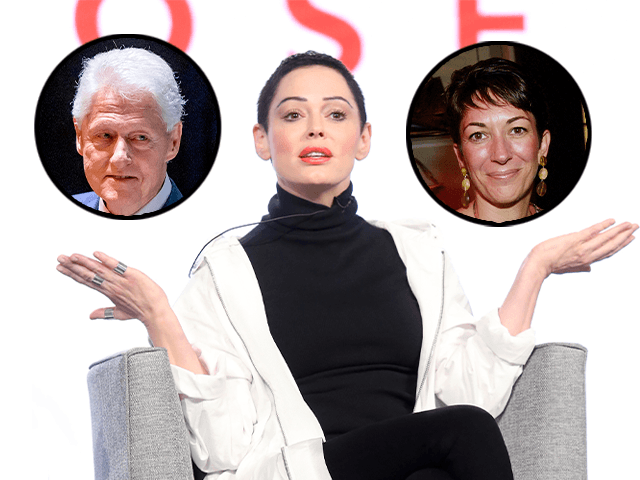 Actress Rose McGowan is calling for former President Bill Clinton to be arrested in connection with the late financier and pedophile Jeffrey Epstein, following the arrest this week of Epstein’s close associate Ghislaine Maxwell.

McGowan tweeted an old photo on Friday showing Epstein, Maxwell, and Harvey Weinstein, with their faces X’ed out. “Now get Bill Clinton and Prince Andrew,” she wrote.

Bill Clinton has been photographed aboard Epstein’s private jet, known as the “Lolita Express.” While the former president has denied visiting Epstein’s private Caribbean island, known as “Pedophile Island,” the recent Netflix documentary on Epstein features an interview with an island employee who claims to have seen Clinton there.

Rose McGowan is one of Hollywood’s most vocal advocates for sexual assault victims. The former Charmed star said that she was raped by Harvey Weinstein at the Sundance Film Festival in 1997. McGown has said that her allegations against Weinstein were ignored for years by powerful executives in Hollywood.

Maxwell was charged with sex trafficking minors for late financier Jeffrey Epstein. Prosecutors have alleged that Maxwell helped Epstein cultivate girls as young as 14 for sex between 1994 and 1997.

Prince Andrew has denied that he had sex with a 17-year-old girl who was allegedly groomed by Epstein and Maxwell. Virginia Giuffre has claimed she was forced to have sex three times with Britain’s Duke of York when she was a minor.

On dayliq – Pope Francis calls for dialogue between Egypt, Ethiopia and Sudan over Nile dam