by Ben Kew
in World
0 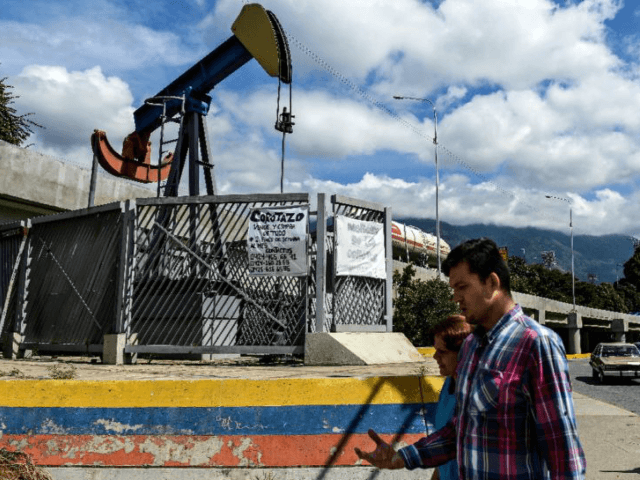 Production of crude in the oil-rich nation of Venezuela fell for the sixth consecutive month in June, falling a further 32 percent.

According to Bloomberg, which claimed to have gained access to internal documents, production at the state-run Petroleum of Venezuela (PDSVA) fell by 200,000 barrels compared with the previous month. As of June 28, production was around 422,400 barrels per day (BPD).

Such figures are roughly in line with the findings of Rafael Quiroz, a petroleum economist and professor at the prestigious Central University of Venezuela (UCV), who analyzed Venezuela’s six largest oil refineries and found them capable of producing 1,300,000 BPD. In reality, he estimated they producing just 205,000 BPD, around 8.5 percent of total capacity, the same number as in 1945 when Isaías Medina Angarita was president.

The numbers also underline the dire state of the country’s oil industry, once the lifeblood of a thriving South American economy. The industry’s demise can be traced back to Hugo Chávez’s rise to power in 1998, when he immediately nationalized PDSVA and placed his socialist allies in charge. The company soon became chronically inefficient and profligate in its spending, leading to an exodus of its most experienced employees.

In 2017, socialist dictator Nicolás Maduro placed the PDSVA under the control of Chavista General Manuel Quevedo, a man with no previous experience in the oil industry. As borne out by the figures, the company’s problems have only exacerbated since then.

Despite having the second-largest global oil reserves after the United States, Venezuela’s oil production is now so low that it has been forced to import crude from allies such as Russia, China, and Iran. This lack of oil production has also had a severe impact on the lives of Venezuelan motorists, many of whom are now forced to wait hours or even days in order to access gasoline.

In May, an Iranian-flagged oil tanker delivered around 45.5 million gallons of oil and other essential products in an effort to alleviate gasoline and other shortages. Both under the pressure of U.S. sanctions, the two countries have developed an important strategic relationship over recent years in order to withhold the pressure of their collapsing economies.

Over the past year, Venezuelans have experienced countless power cuts that have crippled the country’s basic functionality, forcing the closure of schools, hospitals, and other essential public services. This, combined with the economic impact of the coronavirus pandemic, has further worsened the humanitarian crisis that has led to an exodus of refugees larger than in the Syrian Civil War.