by John Hayward
in World
0 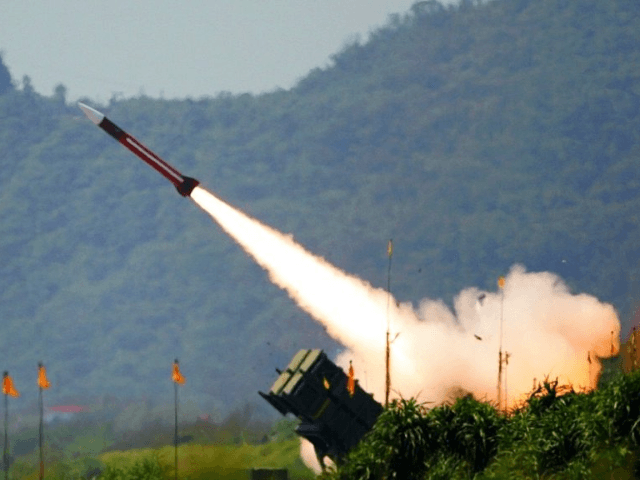 Sources “familiar with the discussions” told Reuters on Wednesday that Taiwan will purchase up to seven major weapon systems from the United States, a “Fortress Taiwan” strategy (as the Pentagon calls it) guaranteed to enrage Communist China.

These sources said Taiwan is eager to expedite the sales because it fears Joe Biden could win the U.S. presidential election.

“Pursuing seven sales at once is a rare departure from years of precedent in which U.S. military sales to the island were spaced out and carefully calibrated to minimize tensions with Beijing,” Reuters noted.

The differences, in this case, are that tensions between the U.S. and China, and Taiwan and China, are running exceptionally high; Taiwan is keenly interested in shifting China’s aggressive military calculations to make invasion look like a losing proposition; China could be on the verge of real political instability and looking for a way to rebuild its credibility as a force to be reckoned with; and the U.S. will surely become much less willing to sell advanced weapons to Taiwan if Joe Biden wins the presidency.

“Taiwan, frankly, needs to do more in order to ensure that they indigenously have an ability to deter Chinese aggression,” one U.S. official told Reuters, suggesting the Pentagon thinks the Chinese military does not currently view invasion as a guaranteed losing proposition.

Taiwan’s defensive strategy has been shifting to a “porcupine” model of heavily defended beaches that would be killing grounds for troop carriers and armored units, covered by potent defenses against airstrikes, missile attacks, and offshore bombardments. In short, the old strategy was to convince China that an invading force would never make it across the Taiwan Strait, while the new approach is to make it clear that hell awaits them on the shores of Taiwan if they do, taking the possibility of a swift victory that China could ramrod past the international community off the table.

The South China Morning Post (SCMP) reported that “weapons packages from Lockheed Martin Co, Boeing and General Atomics are moving their way through the export process” and should be brought to the attention of Congress within the next few weeks. One of the SCMP’s sources said President Donald Trump will be briefed on the sales this week by Secretary of State Mike Pompeo.

“Some of the deals had been requested by Taiwan more than a year ago but are only now being moved through the approval process,” these sources said.

The U.S. finalized the largest sale of weapons to Taiwan in history last month, including 66 F-16 fighter jets. The package was valued at roughly $8 billion. The sale was explicitly intended to “help deter China as they threaten our strategic partner Taiwan and its democratic system of government,” as a bipartisan statement from the House Foreign Affairs Committee put it.

Taiwan also officially opened a repair hub for F-16 fighters last month, the first facility of its kind in the Indo-Pacific region.

“It takes strengthened defense capabilities, not groveling, to defend Taiwan’s sovereignty and maintain regional peace and stability. With the center in place, the time needed for jet maintenance will be greatly curtailed and mission-capable rates will be boosted significantly to ensure air superiority at the front line,” Taiwanese President Tsai Ing-wen said at the inauguration ceremony for the new maintenance center.