On dayliq – Boris Could Lift Rules for Christmas Day 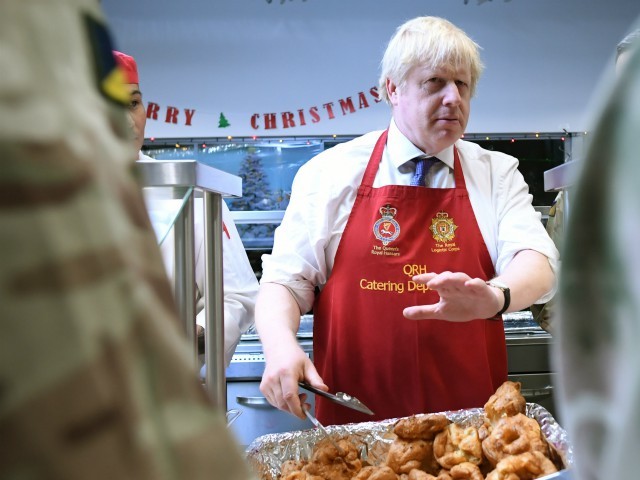 Prime Minister Boris Johnson is reportedly planning to throw Britons trapped under coronavirus laws a little “sweetener” in advance of announcing further restrictions, in the form of letting families have Christmas dinner together.

Just last week, the ‘rule of six’ came into effect which makes it illegal for more than six people together outside or inside, in public or private spaces, with the maximum enforcement resulting in being arrested by police.

Mr Johnson is believed to be considering further restrictions, including a two-week lockdown in October to coincide with school half-term. The Sun reported sources saying that the prime minister will announce that the rule of six will be suspended for Christmas day, as a means of softening the blow.

“The PM is anxious to avoid being portrayed as Scrooge.

“He’s fully aware that millions of people are making big sacrifices to defeat this virus and is considering ways to allow them to experience the joy of Christmas for at last part of the holiday season,” an insider told The Sun on Sunday.

I heard absolutely nothing from Whitty and Vallance that justifies another lockdown of any kind. Keep social distancing, masks & hand hygiene, while shielding the elderly & vulnerable. But even their worst case scenario on winter deaths doesn’t justify another lockdown.

New Year’s Eve has already been cancelled in London, with Mayor Sadiq Khan announcing on Friday that the iconic fireworks display on the Thames will not be taking place as the country welcomes in 2021.

Mr Khan said that it was too early to say if pubs and bars would be open in the capital, but Health Secretary Matt Hancock would not rule out on Monday if pubs would be closed this weekend in anticipation of the further expected lockdown.

The prime minister is expected to make a public address on Tuesday over the rising number of confirmed Chinese coronavirus cases. The government’s chief medical advisor Professor Chris Whitty said on Monday that the UK was facing a “very challenging winter period”. His colleague, the government’s top scientific adviser Sir Patrick Vallance, claimed there would be 50,000 new coronavirus cases a day if action is not taken.

Political pundits criticised Whitty and Vallance for failing to take questions at the end of their briefing, with Spectator political editor James Forsyth calling it “very disappointing, and really quite wrong”.

“Clear that Messrs Whitty and Valance have been sent on to the public airwaves to prepare ground for further lockdown,” journalism veteran Andrew Neil said.

‘This is not a prediction’ is not cover for publishing a graph like this without taking questions, and essentially laying out further restrictions on the public’s liberties that are expected to be formally announced by politicians imminently. pic.twitter.com/JmPnOad7cQ

Former Brexit Party MEP Martin Daubney said: “The government just went full-blown Project Fear on COVID. ‘If’ COVID cases double every seven days it will look like this. They are trying to terrify us into paralysis, so we roll over and accept another lockdown or curfew.”

I’m not sure it’s wise of politicians and scientists (and some journalists) to seek to blame the public for whatever freedoms are about to be denied us. The vast majority are behaving responsibly. Yet we are addressed as if we were all naughty children.

Conservative MP Steve Baker said: “The harm principle is the fundamental justification for constraining liberty. I.e., it is legitimate to constrain freedom to prevent harm to others. Such restraints on liberty deserve prior scrutiny and approval by parliament.”