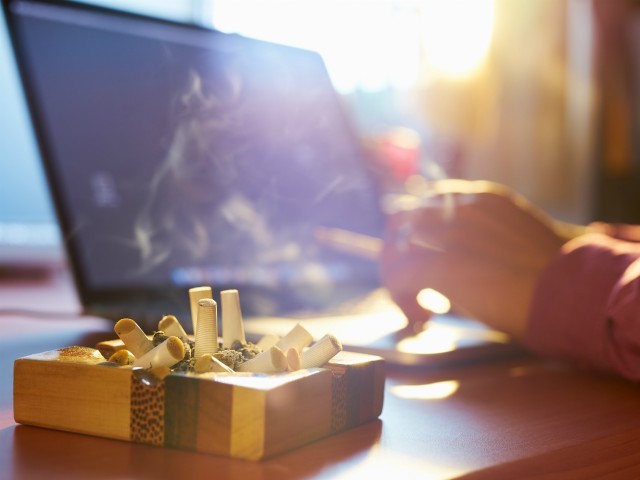 A Labour-run council had reportedly banned its employees from smoking at their desks while working at home, with a report revealing more employers are becoming hostile to smokers.

Hammersmith and Fulham council, in West London, had told employees that “any part of a private dwelling used solely for work purposes will be required to be smoke-free” in a bi-borough programme with Kensington and Chelsea in advice dating back several years, but now revealed by a new study.

“Family members should not be allowed to smoke in the home worker’s office,” the regulations also said.

According to a document obtained under a Freedom of Information request by Josie Appleton of the freedom campaign group the Manifesto Club in April, the rule was still part of the “current policy document” at Hammersmith and Fulham, according to The Telegraph. Kensington and Chelsea had dropped the regulation in February.

Hammersmith and Fulham council declined to respond to The Telegraph, but a source told the newspaper on Monday that the rules were no longer being enforced and were due to be replaced, adding that no member of staff had been disciplined. Around 20 per cent of people in the UK are still working solely from home due to the pandemic.

The rule was highlighted in a report published by the smoking rights group Forest on Monday, which found that out of 147 councils that responded, 88 restricted smoking or vaping breaks while 49 banned them altogether.

Forest wrote on Monday that smoking was being treated as a “moral offence”, with report author Miss Appleton writing: “This isn’t about the risk of passive smoking, it’s a moral crusade. Smoking is being treated as a shameful activity that should never be seen in public spaces or near official buildings.

“Absurdly, some councils are stopping their workers from vaping too, which makes it harder for smokers to give up. It would be better if councils focused on providing public services, rather than interfering in the lifestyle choices of their employees and residents.”

The Conservative government has already committed to ending smoking in England by 2030. The Johnson administration has also this week made 2030 the year they plan to outlaw the sale of new petrol and diesel cars — ten years early.

UK ‘Sleepwalking into Prohibition’ Thanks to EU Ban on Menthol Cigarettes https://t.co/MtaXvi2JOW

Forest warned in May that the UK was “sleepwalking to prohibition” after EU laws imposed on the UK — still in the transition period — banned the sale of menthol tobacco and cigarettes.

2019’s Nanny State Index placed the UK in fourth, amongst the least free countries in the European Union for freedom to eat, drink, and smoke.