by Gabrielle Reyes
in World
0 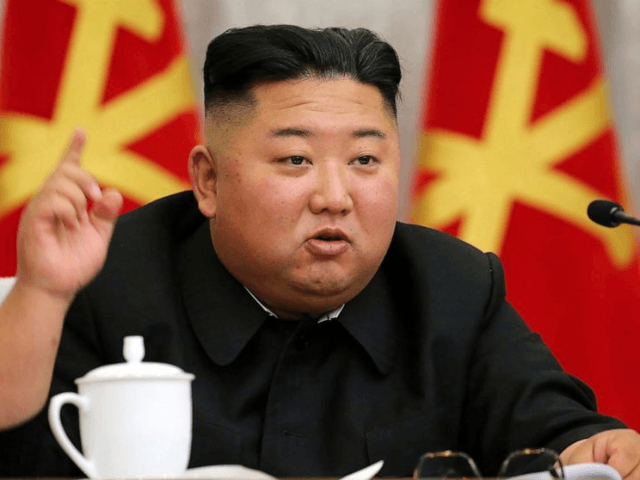 North Korea moved nearly $175 million through prominent U.S. banks in recent years in a money-laundering scheme that used shell companies and help from Chinese companies, according to confidential bank documents reviewed by NBC News in a report published Sunday.

For several years, the international community has imposed sanctions on North Korea to deprive the nation of financial resources that could contribute to its rogue nuclear program. Some of the sanctions specifically target money transfers to block Pyongyang’s access to the global financial system. Despite the sanctions, North Korea has managed to move funds across international borders in recent years, according to the report.

“The suspected laundering by North Korea-linked organizations amounted to more than $174.8 million over several years, with transactions cleared through U.S. banks, including JPMorgan Chase and the Bank of New York Mellon,” the report claimed.

According to the documents, “Wire transfers from North Korean-linked companies with opaque ownership sometimes came in bursts, only days or hours apart, and the amounts … transferred were in round figures with no clear commercial reasons for the transactions.” The suspicious details of the wire transfers are considered red flags of attempts to move illicit funds.

A suspicious activity report filed by the Bank of New York Mellon shows that Ma Xiaohong, the chief of Dandong Hongxiang Industrial Development Corp. in Dandong, a Chinese city on the North Korean border, allegedly funneled resources to North Korea.

“Ma and Dandong Hongxiang routed money to North Korea through China, Singapore, Cambodia, the U.S. and elsewhere, using an array of shell companies to move tens of millions of dollars through U.S. banks in New York,” according to the documents.

“One transaction in 2009 featured a Singapore shipping concern called United Green Pte. Ltd., whose directors included Leonard Lai,” a man sanctioned by the U.S. Treasury Department in 2015, along with his Singaporean company, Senat Shipping Ltd., “for their links to a North Korean shipping company that was alleged to have tried to move weapons from Cuba to North Korea,” according to the report. The 2015 sanctions remain in place.

In 2015, New York Mellon reported handling “suspicious transfers of $85.6 million.” The document seen by NBC “details $20.1 million of those transactions.” In 2016 and 2019, U.S. authorities indicted Ma and other Dandong Hongxiang executives on charges of money laundering and helping North Korea evade international sanctions. So far, “no one has been extradited, and charges remain pending,” according to the report.

The leaked bank documents seen by NBC were obtained by BuzzFeed as part of a collaborative project with over 400 other journalistic agencies around the world.

“The project examined a cache of secret suspicious activity reports filed by banks with the [U.S.] Treasury Department’s Financial Crimes Enforcement Network, known as FinCEN, as well as other investigative documents,” the report claimed. The documents span a time period from 2008 to 2017, during which both the Obama and Trump administrations worked to tighten financial sanctions against North Korea in an effort to pressure the nation to denuclearize.