by Hannah Bleau
in World
0 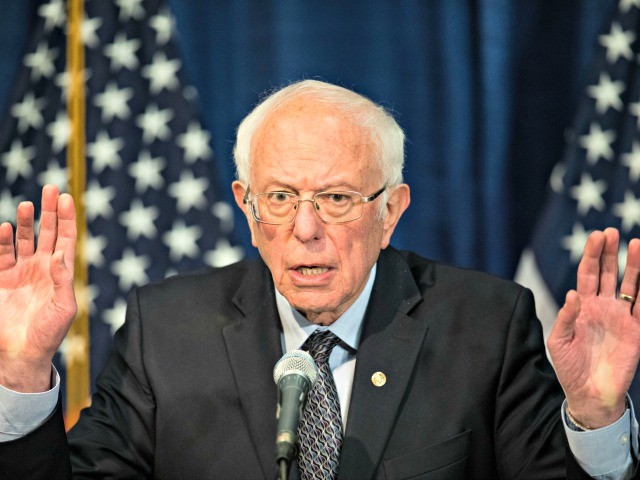 Sen. Bernie Sanders (I-VT) is slated to hold his first in-person event, since the Chinese coronavirus pandemic swept the nation, on Thursday to address what his office referred to as President Trump’s “unique threat to our democracy.”

The in-person event will be held Thursday, September 24, at the Jack Morton Auditorium at George Washington University at 1 p.m. Eastern.

According to the press release, the “major” address will focus on the “unprecedented and dangerous moment” the country is in “right now given President Donald Trump’s unique threats to our democracy.”

When asked in July if he would accept the results of the November election, Trump told Fox News, “I have to see.” The president has questioned the legitimacy of mail-in voting, while his Postmaster General has worked to undermine the postal service. Despite being behind in almost every national poll and most battleground state polls, Trump told supporters last month that the only way he could lose is if the elect is “rigged.” Trump has also threatened to delay the election.

“Sanders will put forward an agenda to ensure voters can cast their ballots safely and without intimidation, and that the results of the election will be honored,” it added:

.@BernieSanders‘ first in-person event since COVID will be a “major address on the unprecedented and dangerous moment we are in right now given President Donald Trump’s unique threats to our democracy.”

Will be at GWU in D.C. on Thursday afternoon pic.twitter.com/RWKZGWME0A

Several of the claims made in Sanders’ press release lack proper context. Postmaster General Louis DeJoy, for example, told Congress last month that operational changes at USPS would not take place until after the election to “avoid even the appearance of any impact on election mail.”

“There has been no changes to any policies with regard to election mail,” he told the Senate panel.

While Trump floated an election delay on Twitter after warning of widespread fraud from mass mail-in voting, he has not seriously pursued the idea.

Meanwhile, Sanders and his allies, such as Rep. Alexandria Ocasio-Cortez (D-NY), have been making vast efforts to move Trump’s challenger, former Vice President Joe Biden (D), further to the left. While Sanders denied that Biden has adopted his socialist agenda, Ocasio-Cortez expressed hope that they will be able to push Biden further to the left after the election, should he secure a victory.

“I think, overall, we can likely push Vice President Biden in a more progressive direction across policy issues,” she told Just the News in an interview this month.

“There are some areas where we just fundamentally disagree, but that’s okay. I think it’s important to acknowledge that we can have, in some cases, very large disagreements — it doesn’t mean that we’re trying to undermine the party or undermine each other,” she said.

“It means that we’re trying to do what’s best for people in the country,” the New York lawmaker added.