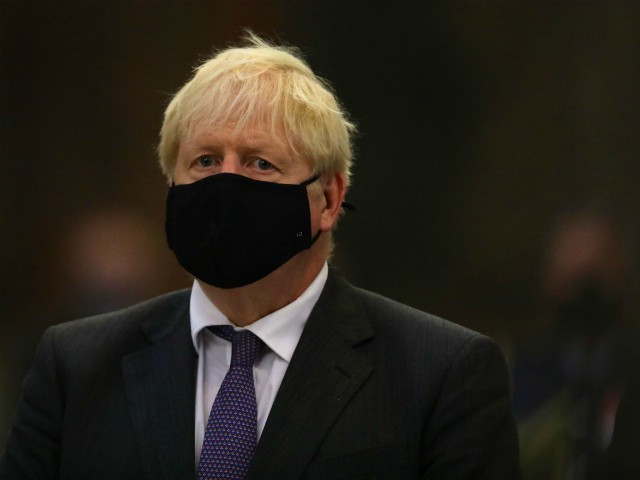 Prime Minister Boris Johnson has imposed further coronavirus restrictions in the form of ordering a 10 pm curfew on pubs and social venues, but has so far stopped short of imposing the speculated two-week second lockdown.

The pub curfew will come into force on Thursday, as will a ban on ordering from the bar, with only table service allowed. The numbers of those who can attend weddings will also be reduced from 30 to 15.

Addressing an abandoned Parliament chamber on Tuesday afternoon, Boris Johnson said of the change in rules — made by government decree and not debated or voted on by parliament itself: “The prospect of a second wave was real, and I’m sorry to say as in France and Spain and many other countries we have reached a perilous turning point… this is the moment we must act.”

Attempting to offer some reassurance, Mr Johnson outlined the new measures, saying: “This is by no means a return to the general lockdown of March… However, we must take action to suppress the disease. Again we’re asking office workers who can work from home to do so.”

“From Thursday all pubs, bars, and restaurants must operate table-service only except for takeaways. Together with all hospitality venues, they must close for 10 pm. And to help the police enforce this rule, I’m afraid that means alas closing and not just calling for last orders because simplicity is paramount.”

In addition to the curfew on socialising, the prime minister also said that passengers in taxis and those working inside shops must now wear masks by law.

The penalties for failing to follow Johnson’s rules are also to stiffen, with offences that can incur a £10,000 fine expanding, and the basic £100 fine for failing to wear a mask or being caught in a group of more than six people doubling to £200 for the first offence.

Mr Johnson is reportedly not planning on introducing a two-week lockdown next month to coincide with school half-term, according to The Telegraph. However, it remains an option that the government is considering — a fact the PM alluded to in his speech when he said the government was reserving greater “firepower” for later interventions. The prime minister is also reportedly holding in reserve scrapping the ‘rule of six’ imposed last week and banning people from socialising with those from other households entirely.

Speaking in advance of the announcement, Kate Nicholls, who is the chief executive of UK Hospitality, described the changes as “another crushing blow” to British businesses. She said: “It is hard to understand how these measures are the solution to fighting the disease when government data shows that just 5 per cent of infections out of the home are related to hospitality.”

Sir Graham Brady, chairman of the 1922 Committee of backbench Conservative MPs, reportedly criticised the government’s “habit of ruling by decree” over coronavirus without parliamentary debate or voting which would be expected to be undertaken over any other issue.

Delingpole: Boris Johnson Wants You to Play with His Dodgy Hockey Stick https://t.co/v2OW6HN6Vp

Government scientists claimed on Monday that there could be 50,000 cases a day by mid-October if restrictions were not imposed, leading to outcry from political commentators who questioned the scientists’ predictions.

There is also a growing backlash in Boris Johnson’s own party, with Chancellor of the Exchequer Rishi Sunak and Business Secretary Alok Sharma reportedly pressuring the prime minister to keep restrictions to a minimum over concerns the harm another lockdown could have on the economy.

Both ConservativeHome and The Telegraph have reported rising dissent amongst backbenchers, with one Conservative WhatsApp group allegedly warning that the government is risking “killing communities” while prioritising ‘protecting the NHS’ — a common refrain of the prime minister during the first lockdown.

“The entire medical establishment is obsessed with coronavirus to the detriment of everyone suffering with something else.”

In addition, 32 leading academics, scientists, and medics have called for Johnson to reconsider his national coronavirus strategy, saying that blanket rules and lockdowns in the longterm will do more harm than good.

Oxford University’s Professors Sunetra Gupta and Carl Heneghan, Professor Karol Sikora of the University of Buckingham, and Sam Williams of Economic Insight had written to the prime minister last week saying that “our view is that the existing policy path is inconsistent with the known risk-profile of COVID-19 and should be reconsidered”.

“The unstated objective currently appears to be one of suppression of the virus, until such a time that a vaccine can be deployed. This objective is increasing unfeasible… and is leading to significant harm across all age groups, which likely offsets any benefits.”

The authors and signatories agreed that “more targeted measures” are required to protect the most vulnerable, such as the elderly in care homes, “whilst not adversely impacting those not at risk”.

On dayliq – Debate Commission Will Silence Microphone in Final Debate