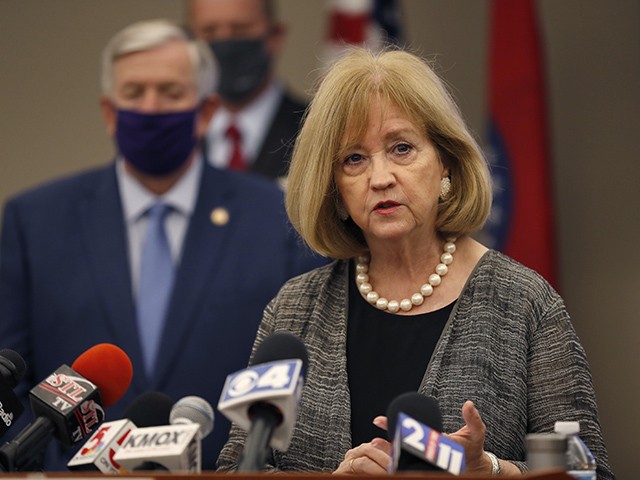 Homicides are on track to reach a level not seen in 50 years by the end of 2020 in Mayor Lyda Krewson’s (D) St. Louis.

The St. Louis Post-Dispatch reports that St. Louis, Missouri, homicides are on a trajectory to “be the worst in at least a half-century” by year’s end.

Summer homicides put an exclamation point on the violence, with 114 murders over the course of three months — June, July, and August.

Lt. Scott Aubuchon, head of the St. Louis Metropolitan Police’s homicide unit, commented, “Since June 1, our numbers began to rise at the alarming rate. We’ve never seen anything like the last three months. These are indescribable times.”

There were 53 homicides in July alone, and the city has already surpassed 194 homicides this year, which was the total number of homicides for all of 2019.

Other Democrat-run cities around the country are seeing spikes in gun crime as well.

For example, on September 14, 2020, Breitbart News reported that 50 people were shot, 15 fatally, during the previous week in Mayor Bernard Young’s (D) Baltimore.

Breitbart News reported that Mayor Bill de Blasio’s (D) New York City surpassed 1,000 shootings for the year before August 2020 was over. The New York Post reported NYPD data indicating there were 1,004 shootings in NYC as of August 30, 2020. There were 537 shootings by that same time in 2019.

AWR Hawkins is an award-winning Second Amendment columnist for Breitbart News and the writer/curator of Down Range with AWR Hawkins, a weekly newsletter focused on all things Second Amendment, also for Breitbart News. He is the political analyst for Armed American Radio. Follow him on Twitter: @AWRHawkins. Reach him at [email protected]. You can sign up to get Down Range at breitbart.com/downrange.