by John Nolte
in World
0 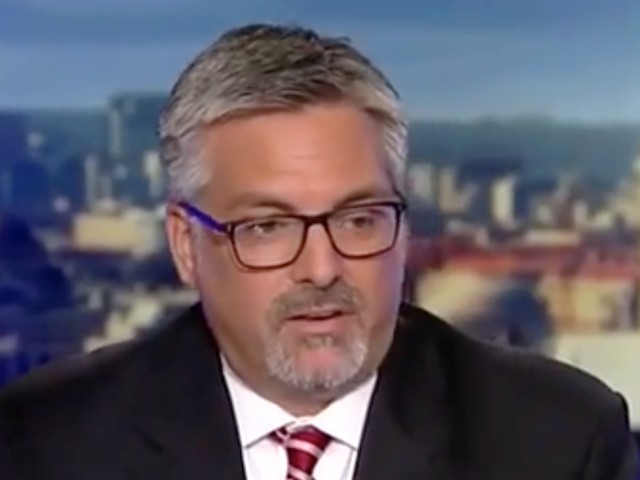 Only after they were caught red-handed by the Federalist did the liars retract their lies.

Two ads from the Women Speak Out PAC were blacklisted by Facebook after the Dispatch published a fake fact check, a bald-faced lie that claimed the ads were “partly false.”

The ads correctly point out that the Democrat Party, and Joe Biden in particular, are now in favor of abortion-on-demand right up until the moment of birth.

Biden has not expressed support for late-term abortions—which, while not being a medical term, generally refers to abortions performed at 21 weeks or later. And neither candidate has voiced support for abortion “up to the moment of birth.”

Please take special note of the quote marks around “up to the moment of birth.” I’ll explain below why that’s important.

So the Dispatch straight-up lied here, and did so in order to see the truth blacklisted by its masters at Facebook.

Of course Biden and Harris support and defend late-term abortion, and anyone who says different is operating in bad faith, is deliberately abusing their position as an “independent fact checker” at Facebook to silence and blacklist the truth.

Look at the semantic argument these liars tried to hide behind: “Neither candidate has voiced support for abortion ‘up to the moment of birth.’”

These goddamn liars know full well Biden and Harris oppose any restriction on abortion, have pledged to force taxpayers to pay for abortion, and that Biden has said he supports “no restrictions on a woman’s right to be able to have an abortion under Roe v. Wade.”

So after the Dispatch successfully got the truth blacklisted, and after they were caught red-handed, what excuse did these godforsaken liars come up with for publishing these lies?

Oh, oopsies… You see, we accidentally hit publish while our lies were still in rough draft form.

That excuse is as big a lie as the fake fact check.

The Dispatch’s original fact check did not say something incorrect like, We found no evidence Joe Biden supports unrestricted abortion.

It did not say, Joe Biden has said he’s in favor of restricting abortion after 20 weeks.

There was no factual error in the fact check.

The Dispatch’s lie was even more precise in its lying.

The pro-life ad was blacklisted because the Dispatch argued — get this — Joe Biden has never said a specific group of words in a specific order.

The Dispatch got the ad blacklisted because Joe Biden has never said he supports abortion “up to the moment of birth” — has never made that precise statement.

Well, that’s true. Joe Biden has never said “up to the moment of birth,” which means the Dispatch’s fact check would have been factually correct even if Biden had said, “up until the little bastard is born” or “up until the useless critter takes its first breath.”

You see what these liars tried to get away with here? Because Joe Biden Did Not Use These Precise Words This Ad IS A Lie And Must Be Blacklisted.

How does all of that happen if it’s been “accidentally” published?

Let me tell you something… In my day, I’ve published a few things accidentally. Happens. Believe me you know. You know it immediately, and it focuses your mind like nothing else. And if you don’t know, someone else lets you know in about eight seconds.

On dayliq – Debate Commission Will Silence Microphone in Final Debate