by Penny Starr
in World
0 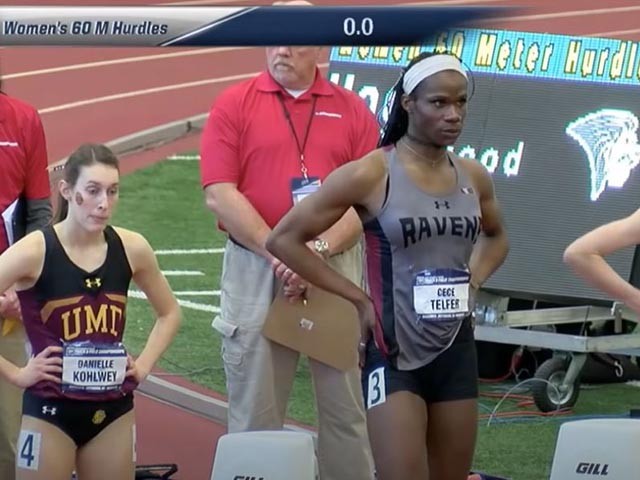 The U.S. Department of Education (DOE) notified Concerned Women for America (CWA) on Friday that its Office of Civil Rights (OCR) had settled its complaint against New Hampshire-based Franklin Pierce University after the school agreed to rescind its policy of allowing biological men to compete against female athletes in sports competitions.

OCR agreed with CWA that the university’s transgender policy violates the federal Title IX statute, which prohibits discrimination in educational programs, including athletics, based on sex for institutions that receive federal funding.

“This resolution agreement is the first victory for college female athletes being forced to compete on an unfair playing field against males claiming transgender status and competing in women’s sports,” Penny Nance, CEO of CWA, said in a statement. “We thank the Department of Education for upholding Title IX, which was passed into law 48 years ago to give women and girls equal opportunities in sports based on biological sex.”

“Transgender policies have turned Title IX on its head, denying the rights of women and girl athletes to compete only against athletes of the same sex and threatening the future of women’s sports,” Nance said. “Federal action against Franklin Pierce University is a warning shot to the NCAA and every college and university in America to back off policies that discriminate against female student-athletes and restore fairness and equity in women’s sports.”

CWA’s complaint was filed after a university student-athlete, who previously had competed on the men’s track team, joined the women’s track team and won a national title at the 2019 Division II NCAA Track and Field Championship in the women’s 400-meter hurdles.

The University expressed an interest in resolving this compliance review under Section 302 of the CPM, and OCR determined that it would be appropriate to resolve the issues OCR had identified. The University signed the enclosed Resolution Agreement that, when fully implemented, will resolve the complaint.

The Resolution Agreement requires the University to rescind the Policy, cease any and all practices related thereto, and comply with 34 C.F.R. § 106.41 with respect to its intercollegiate athletics program. OCR will monitor the University’s implementation of the Agreement.