On dayliq – Election a Choice of ‘Super Recovery’ or ‘Biden Depression’

by Amy Furr
in World
0 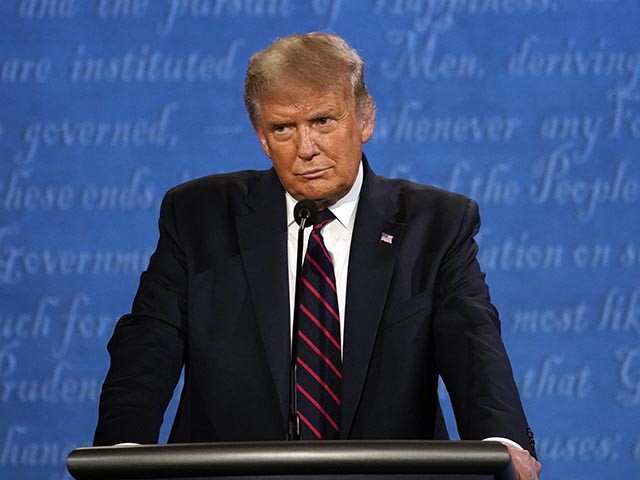 If Joe Biden (D) wins in November, he will raise taxes and plunge the country into a depression, President Donald Trump said Saturday at his rally in Janesville, Wisconsin.

“This election is a choice between a Trump super recovery and a Biden depression. And you know they’re gonna raise your taxes substantially, like, quadruple,” he told the crowd at the Supporting Law Enforcement event.

Everyone thinks, “Stocks, oh it’s rich people.” Everybody owns stocks. You have 401k’s. Who has a 401k here? That’s a lot of people. Okay, are you practically at your all-time high, right? Your 401k’s will be like waste paper basket stuff. They’ll be right there on the floor. You’ll have a depression the likes of which we’ve never seen, with the possible exception of 1929, because I don’t think it gets much worse than that. But you can’t do that; you can’t let this happen because he’ll destroy everything we’ve done.

During his first debate with President Trump in September, Biden promised twice to raise taxes, according to Breitbart News.

At the rally Saturday, the president reminded the audience about the child tax credit.

“That’s a thousand dollars for every child. So he’s going to end all that … He didn’t realize that middle-income people are getting a tremendous tax cut,” he noted.

Thanks to his tax cuts, Americans were getting thousands of dollars a year, he said.

“We gave the greatest, the biggest tax cut in history, and he wants to end the Trump tax cut. Now he says, ‘Well, I won’t do that.’ It’s the same thing like fracking, you know, ‘I’m gonna frack, frack.’ Okay, he just changed his mind. But he wants to end it,” Trump concluded.