by Robert Kraychik
in World
0 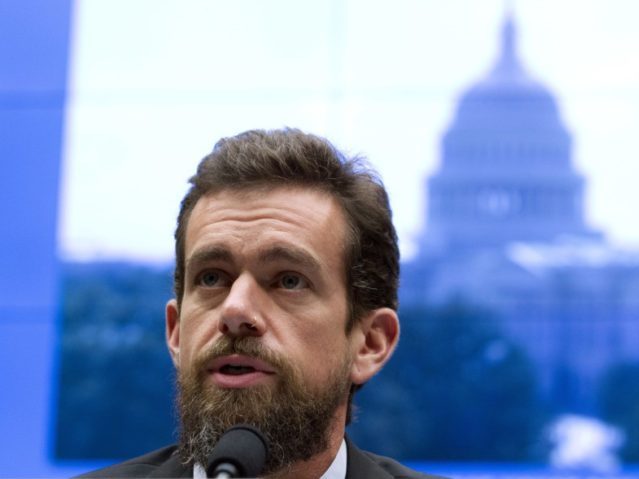 David Morey, an informal political consultant for Joe Biden’s presidential campaign, tole Breitbart News he was “sympathetic” to Twitter and Facebook determining what information can and cannot be shared in the digital space.

Pollak highlighted how ABC News’ George Stephanopoulos, during Thursday’s town hall even with Joe Biden, refused to ask the former vice president about new email evidence that Hunter Biden arranged a meeting with him for an adviser to the corrupt Ukrainian energy company Burisma in 2015.

Pollak said, “The thing, I think, that’s outraged people is that Twitter and Facebook have suppressed the story. We saw nothing from ABC tonight about it. What are your thoughts about that?”

Morey said “respected journalists” had “found no truth” to the New York Post’s Hunter Biden’s dealings with Burisma. He also described Joe Biden as “ready” to respond to questions about his second son’s foreign financial ties.

“I think Biden is not served by not getting that question, because he’s ready for that question and I know what the campaign says,” Morey stated. “I don’t know what what the issue is. I know the campaign says that that didn’t happen, and that all this investigative journalism — there’s been some deep articles on both sides of the ledger — and respected journalists found no truth to it, and all of a sudden, an October surprise turned up in the New York Post, access to trash can or a computer.”

Morey added, “I think we should look into it. I think [Joe Biden] should be asked about it. That is fair game. I’m surprised Stephanopoulos didn’t ask him. I mean, Savannah Guthrie asked [Donald Trump] all these hard questions, obviously they couldn’t coordinate. This is a little bit of the misfortune of not having both of them on stage, because they would have asked each other and pushed each other. That’s why we need a debate, and in some ways, one week from now will be the ballgame, and you can bet that they’ll be asked or be asking each other both of those questions at that time, but I think it doesn’t help Biden to not get that question. because he’s ready for it and he’s  going to answer it.”

“Biden will say that it didn’t [happen], that there was no meeting, and I don’t know what [the Biden campaign] can prove versus what the New York Post has,” Morey assessed. “I think [Biden] has handled that question fairly effectively in the first debate.”

“[Biden’s] campaign has said Twitter suppressed it, therefore, it can’t be true, which is a giant red flag to conservatives,” Pollak said, “because conservatives are looking at this cancel culture, they’re looking at social media companies kicking people off of their platforms, suppressing search results to Breitbart, and so forth, and people are saying if the social media companies to decide what’s true and what isn’t — and that becomes what our politicians say the truth is or isn’t — then we’re living in a kind of Nineteen Eighty-Four world that happens to be controlled by the private sector.”

Pollak added, “It feels rather totalitarian if Big Brother says it didn’t happen even if you saw it happen, and I think that’s the problem with by Biden’s response. I agree with you that there’s probably a better answer that he has whether, it’s true or not, and again, when we come to politics, truth matters less than persuasion, but I don’t know why Biden answered in that way in a way. It reinforced the conservative concerns about it.”

Morey replied, “I’m sympathetic to Twitter and Facebook, you know being our adjudicators here. I’m also sympathetic to not letting hate speech and  Russian manipulation, or Iranian or Chinese or whoever it is, dictate our coming up election. We’re in a pretty complicated place here.”

Pollak asked why technology companies should determine what information the public can consume and share. He cautioned against “the idea that Facebook and Twitter are going to tell us what we can and can’t say.”

Pollak remarked, “The Russia story that dogged the administration for the better part of four years turned out to be empty, and there were many false stories put out there about it, but those were never suppressed on social media platforms, no one has gone back and taken down those stories, people haven’t given back the Pulitzer Prizes that they won at the Washington Post and the New York Times. We hashed it out. People decided for themselves what was true and what wasn’t, and eventually we got to the truth.”

“Why should it be different for something that at least, on the face of it, looks like it’s based on evidence?” Pollak asked. “We might disagree about the interpretation of that evidence, but the New York Post says it’s got this hard drive and it’s got these emails. You can read the emails. Why are you more comfortable with Facebook and Twitter deciding what we can see and read and share?

Morey responded, “I’m not necessarily, and I don’t speak for the campaign. … I’m advising the Biden campaign informally. but I would say this. I think the Biden campaign will have to go further then saying, ‘Well, Facebook and Twitter have already adjudicated this.’ They’re going to have to answer the question more deeply.

Morey concluded, “I know [Biden and his campaign] believe that there’s absolutely nothing to this allegation, so we’re not done with this. Just because Twitter and Facebook had taken it down doesn’t mean that question isn’t going to arise.”